KUMANN is a transliterated brand name, which is named after the former studio, ‘ku-mang’. It was a custom-made women’s wear studio launched by Eun hwan Oh in 1965. As her studio grew up, she founded ‘OH EUN HWAN Boutique’ in 1979, which was one of the well-respected ready-to-wear brands in Korea.

Since the debut collection with the experimental LED dresses in 2010, KUMANN YHJ(YOO HYE JIN) collections have been released in Seoul Fashion Week every season.

Beyond more than half a century of history of the studio, Hye jin Yoo continues the innovative spirit of the studio in the direction of originative and creative lines for the brand.

Avoiding the large scale and mass production, OH EUN HWAN has been focusing on every single outfit and the value of the design. An ethos of the studio has been naturally connected with the awareness of the present era, which are reducing waste of resources and valued consumption. 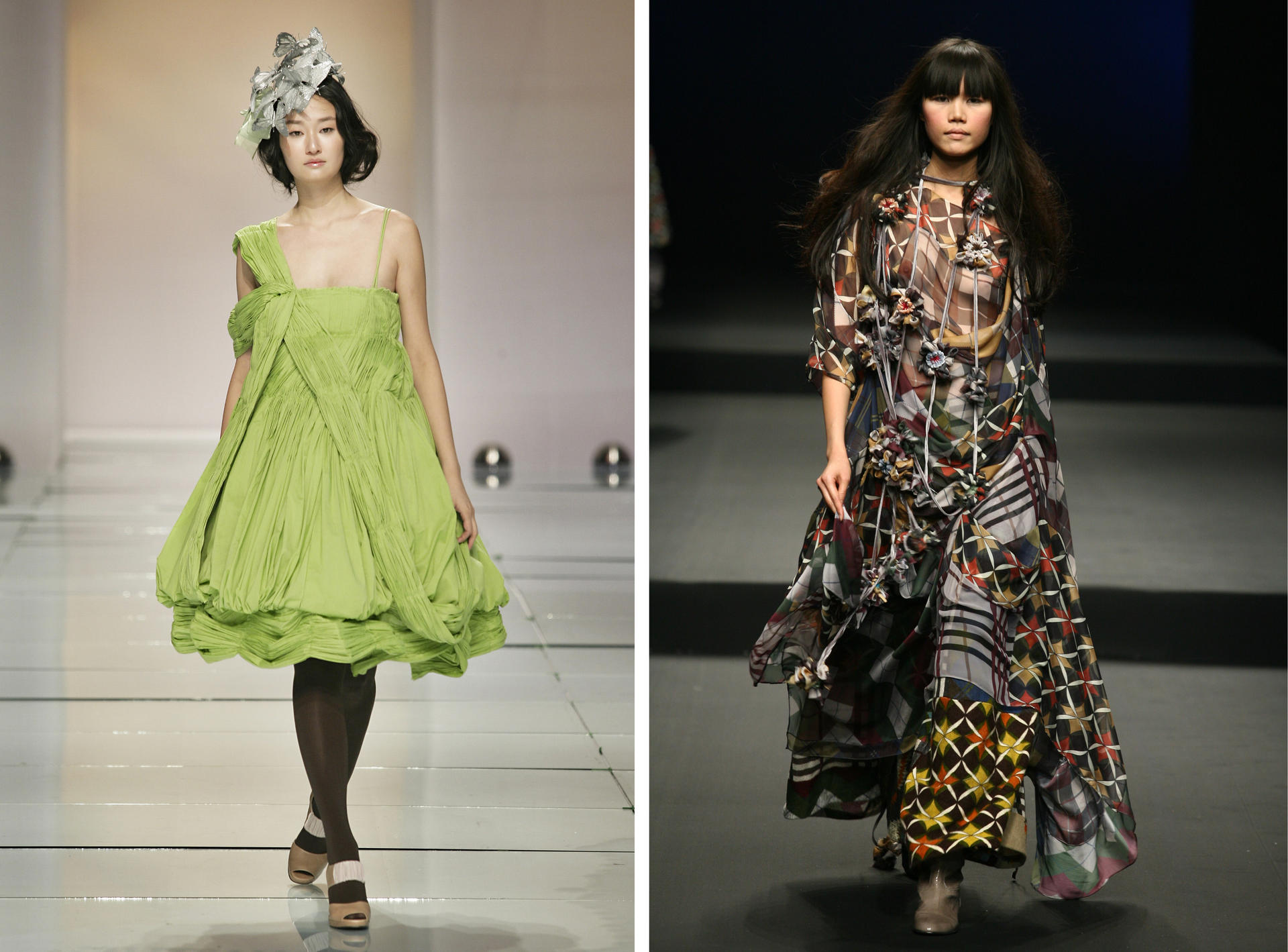 The structure design of KUMANN YHJ is based on ‘Modélisme’, which is designing clothing as a modeling structure. Just as it was once introduced as one of the influencing brands in ‘Retro futuristic’ section as a structured design influenced by ‘Brutalist architecture’, design is rooted in her career of artist for long period.

Hye jin Yoo had worked on experimental art works and taught various art schools after earned two-year full scholarship MFA(Master of Finearts) at SAIC(School of the Art Institute of Chicago). She also had earned MPS(Master of Professional Study) from ITP(Interacitve Telecommunications Program) at New York University. The idea of art works and fashion was refined under the influence of Postmodernism as it seems no boundaries between genres, and multiple approaches can be no longer different and/or merged at a point.

In recent seasons, KUMANN YHJ has been introduced in ‘Season Seoul’ at VOGUE Paris, VOGUE Germany, and VOGUE Mexico.